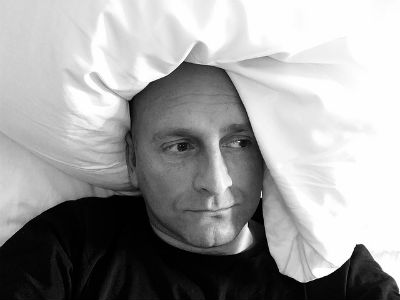 With Exploding Head Syndrome, people hear sounds that remind them of explosions, gunshots, crashing symbols, and other loud noises during sleep. Pain is not associated with the sound, but people report being scared and unnerved by the phenomenon. Scientific research on Exploding Head Syndrome has reached few conclusions. They have not discovered the mechanism that causes sounds, but some theorized that the brain’s neural transmitters short circuit during sleep. The disorder can create major disruptions in a person’s sleep. Counseling has seemed to work for some people as well as particular medications.

People who work the night shift or rotating shifts can sometimes have a difficult time falling asleep. That can lead to problems, where people have a difficult time staying awake because they are not well rested. The disordered is associated with the circadian rhythm. A person’s internal clock is out of sync, and the body can’t decide when to be awake and when to sleep. That is because light and darkness are signals to the body to sleep, but when a person works at night, that pattern is disrupted. Learn more about shift work sleep disorder here.

Restless Leg Syndrome often occurs during sleep when a person is relaxed. The disorder causes a person to have uncontrolled movements of the legs. They are characterized as throbbing, twitching or shaking and are often extremely uncomfortable. Women are twice as likely to be affected by the syndrome as men, but there appears to be a genetic aspect, as several family members can be afflicted. It can start to occur at any age. For people who have the disorder, the challenge is making the movements stop. Relaxing does not calm the movements, and the disorder can cause severe sleep disruptions.

Sleeping disorders are often associated with the circadian rhythm, our body’s natural rhythm of sleep and wake — an internal clock. Delayed Sleep Phase Syndrome is a circadian rhythm disorder. People who are affected by this syndrome start sleeping later than most people and wake later than most people. These are people who prefer to go to sleep in the early morning hours between 1 a.m. and 4 a.m. and can wake up as late as noon. They are functioning people, generally, and sleep well, but they just don’t operate within normal hours.

People often choose to regulate the amount of sleep that they get. They set an alarm at a particular time and go to bed at a particular time. But people need a solid seven to eight hours of sleep at night to function properly. An alarm and going to bed too late can interrupt the amount of required sleep. Over time, a lack of sleep can create problems like fatigue during the day and a lack of focus. This is understandable in the fast-paced world that people live in today. They have demanding jobs and responsibilities outside the workplace and can’t get enough rest.

People often have sexual fantasies in their dreams, but they rarely act out sexual impulses while sleeping. That is not the case with Sexomnia. With the condition, people masturbate, fondle a partner and even attempt to have sex with them during sleep. The episodes can last between 30 seconds and several minutes and are more prevalent in men than women. The incidents seem to occur when a person is moving from one stage of sleep to another, but scientists are unsure of the exact mechanism that triggers the disorder. Doctors might prescribe drugs to relax the patient with the disorder, but there are no known cures.

Traveling is hard on the body, as most people know. That is especially the case when you cross multiple time zones. Jet Lag Disorder disrupts circadian rhythms. A person’s body does not understand the natural times of sleep and wake when it travels across multiple time zones quickly. The disorder is marked by fatigue, but sometimes stomach problems and other gastro issues can occur. The problem is normally rectified after a day or two in the new time zone, but frequent travelers can sometimes have longer-term problems associated with sleep, as the disruption occurs multiple times over a long period of time.

Paralysis when waking after a long period of sleep is not uncommon. During a person’s lifetime, he or she will most likely experience sleep paralysis at least once. When the phenomenon occurs multiple times over a period of weeks or month, doctors become concerned. The episodes are often associated with hallucinations and hearing voices, and sometimes the chest can feel extremely heavy like a weight has been being placed on it. Sudden interruptions of sleep are thought to cause the disorder. Meditation and breathing exercises have offered some relief to people who suffer from Recurrent Isolated Sleep Paralysis.

The condition is a genetic neurological disease and caused by an infectious protein. The disease starts in the brain and is similar to Mad Cow Disease. When the disease starts, it impacts the sleep-wake cycle of the brain. People can have extreme bouts of insomnia, but it can be associated with weight loss, confusion, and paranoia. It typically impacts people around 50, but teenagers have been diagnosed with the disorder. Death is usually the end result.

Often called “Sleeping Beauty Syndrome,” people with Kleine-Levin Syndrome sleep between 12 and 24 hours at a time over a period of a few days or weeks. Despite its name, the disease impacts men 70% of the time. Patients have occurrences between two and a dozen times a year. During the episode, the person can experience a heightened urge to eat and headaches as well as an increased sexual drive. The disease has no known cause or cure.